«If everybody wanted to help each other, everybody would be helped»
(Marie von Ebner-Eschenbach).

The Corporate Foundation – an interesting “Animal" in Switzerland's Foundation Landscape

Studies have shown that about 99% of all businesses in Europe are family owned. However, only 40% of them are still operating five years after their handover. In fact, the biggest obstacle is “passing on” the business from the first to the second generation.

A sound estate planning with a sharpened focus on this issue is therefore central. An entrepreneur, who built up his enterprise from the scratch, wants to protect his company and ensure its long-term survival. However, in most cases the necessary organizational and legal steps to prevent a (hostile) takeover by third parties, a "dismantling" by management or family members are being forgotten. Usually, such considerations are made too late or not at all.

The good news is that there are several solutions to this problem; some of which are more effective than others. For example, solely relying on a declaration of intent contains substantial risks. Such declaration may be successfully contested, especially given an infringement of reserved portions that are protected by inheritance law. In complex cases, such infringements are not rare. A robust solution to this problem of handing over to the next generation, however, is the creation of a Corporate Foundation.

The Corporate Foundations (CF) is not an official legal form under Swiss law, but rather a special form developed in practice. CFs are foundations within the general sense of article 80 et seq. of the Civil Code. However, what defines the CF is that its assets (mainly) consist of the holdings of shares of a stock or a limited liability company (i.e. the respective entrepreneur’s business).

In the case a CF directly runs a commercial enterprise it is in Switzerland commonly known as “Unternehmensträgerstiftung” (i.e. private hospitals, private homes and residences for the elderly, schools, homes, libraries, museums, etc.).

Given that the CF only manages the holdings the CF is commonly known as “Holding Foundation”. The Holding Foundation holds a major or significant interest in the legal entity, which operates the enterprise directly. There are very prominent examples of CFs in Switzerland such as the Kuoni-und-Hugentobler-Stiftung, Fondation Hans Wilsdorf (holding 100% of the Rolex Holding) or the Victorinox Foundation (holding 90% of Victorinox AG).

Foundations are established by the endowment of assets for a public purpose. As a rule of thumb, foundations therefore usually pursue an idealistic purpose. Nevertheless, according to Swiss Federal Supreme Court (BGE 127 III 337) an economic purpose is permissible. This makes it possible for a foundation to also pursue a purpose that mainly focuses on the preservation of its holdings or the enterprise respectively. By defining clear purpose in the CF’s deed, the entrepreneur can ensure that the holdings in his life work are not sold off to third parties. Such purposes can vary as indicated by the following examples:

In order to assure that a CF can be run properly over a longer period of time, a number of important points must be clearly defined and decided upon. These include:

As shown the CF offers a variety of possibilities to ensure that the life work of the entrepreneur is being continued in his sense, even after his passing. These forms of foundations are worthwhile to be checked. They are effective instruments for perpetuating an entrepreneur’s vision of stability and ensure a smooth transition from one generation to the next. 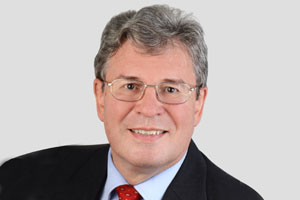 Robert W. Buff is a convinced networker holding a PhD from the University of Zurich and diplomas in Foundation Management and PR-Consultancy. As a CEO he manages the Qualitouch Healthcare Foundation specialized on Patient Reported Outcome Measuring. Having experience as former Head of Coaching and Education at the European League against Rheumatism or as Chief of Staff at the export agency Switzerland Global Enterprise he knows about the importance of a foundation’s services and the respective awareness among stakeholders.
www.stiftungsnetzwerk.ch